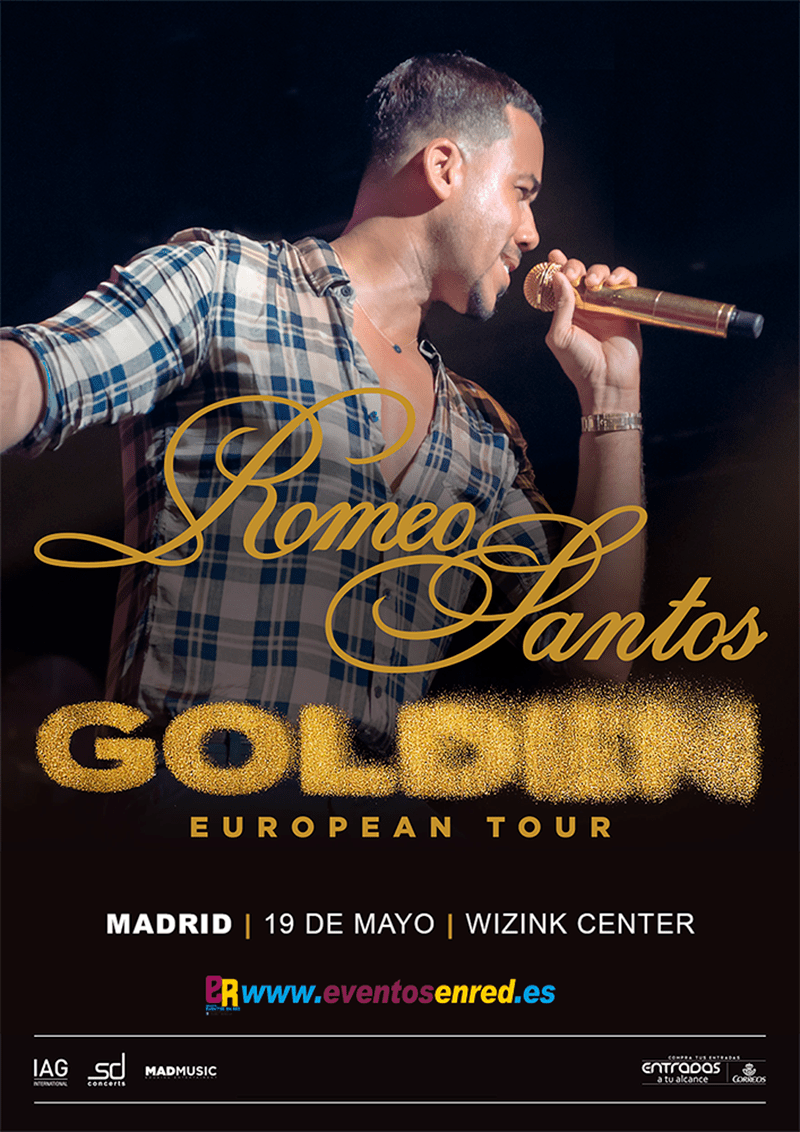 The ‘King of the Bachata’ Romeo Santos offered a concert at Madrid’s WiZink Center on May, 19th 2018 coming from his ‘Golden Tour‘. The tour suppossed the awaited return of the artist to stages and the return as well to Spain, where he could visit cities like Barcelona, Marbella, A Coruña, Málaga, Valencia, Murcia and Madrid.

The tour was named after his latest studio album ‘Golden‘, which hit the first position of music charts getting #1 on Top Latin Albums for the fourth time and being featured on the Billboard’s Top 10 for the third time.