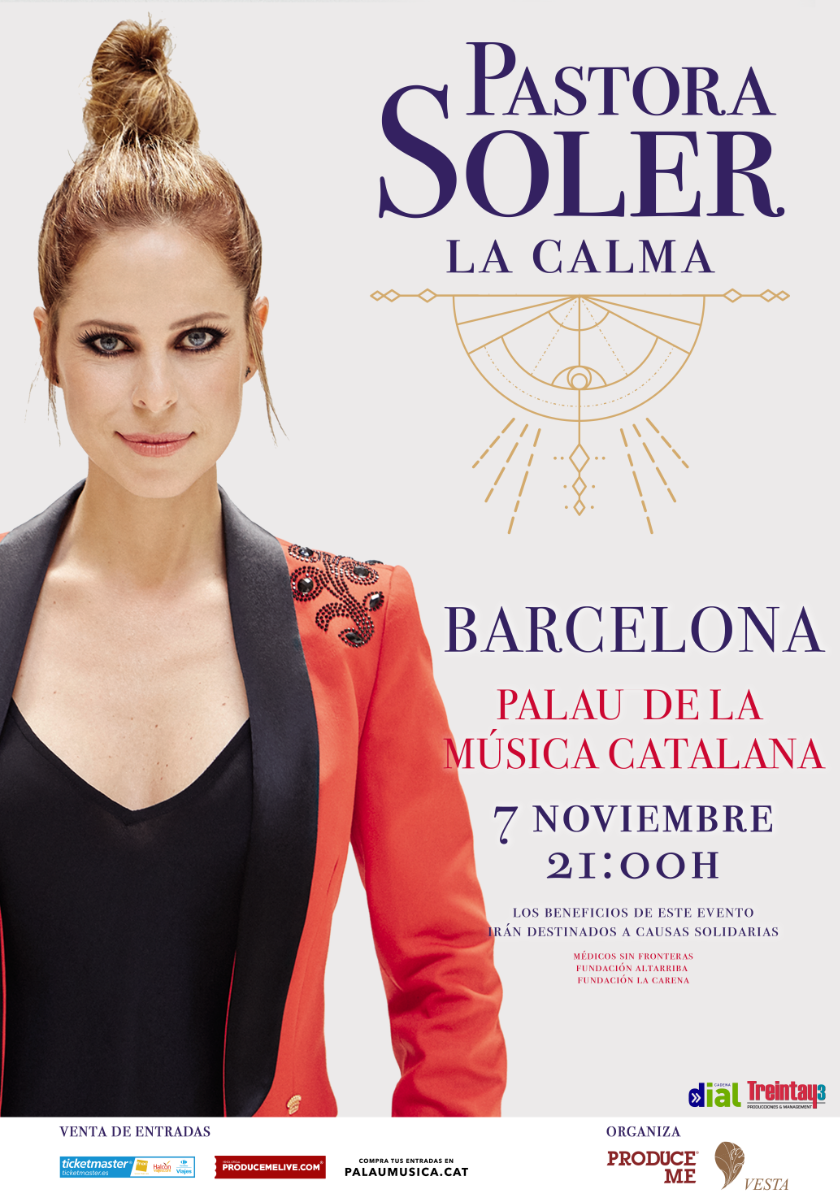 On November, 7th 2018, Pastora Soler will be presenting her new show, coming from her new album, La Calma, at Barcelona’s Palau de la Música, in a concert in which all incomes will be given to solidary associations Médicos Sin Froteras, Fundación Altarriba and Fundación La Carena.

In La Calma, the eleventh album of a large career, produced by Pablo Cebrián, Pastora Soler has paid attention to all the songs on the album, all the notes, all the details so that the public that has awaited her return, receives the best from Soler. Pastora Soler is back stronger than ever!

Organized by Vesta and Produceme.