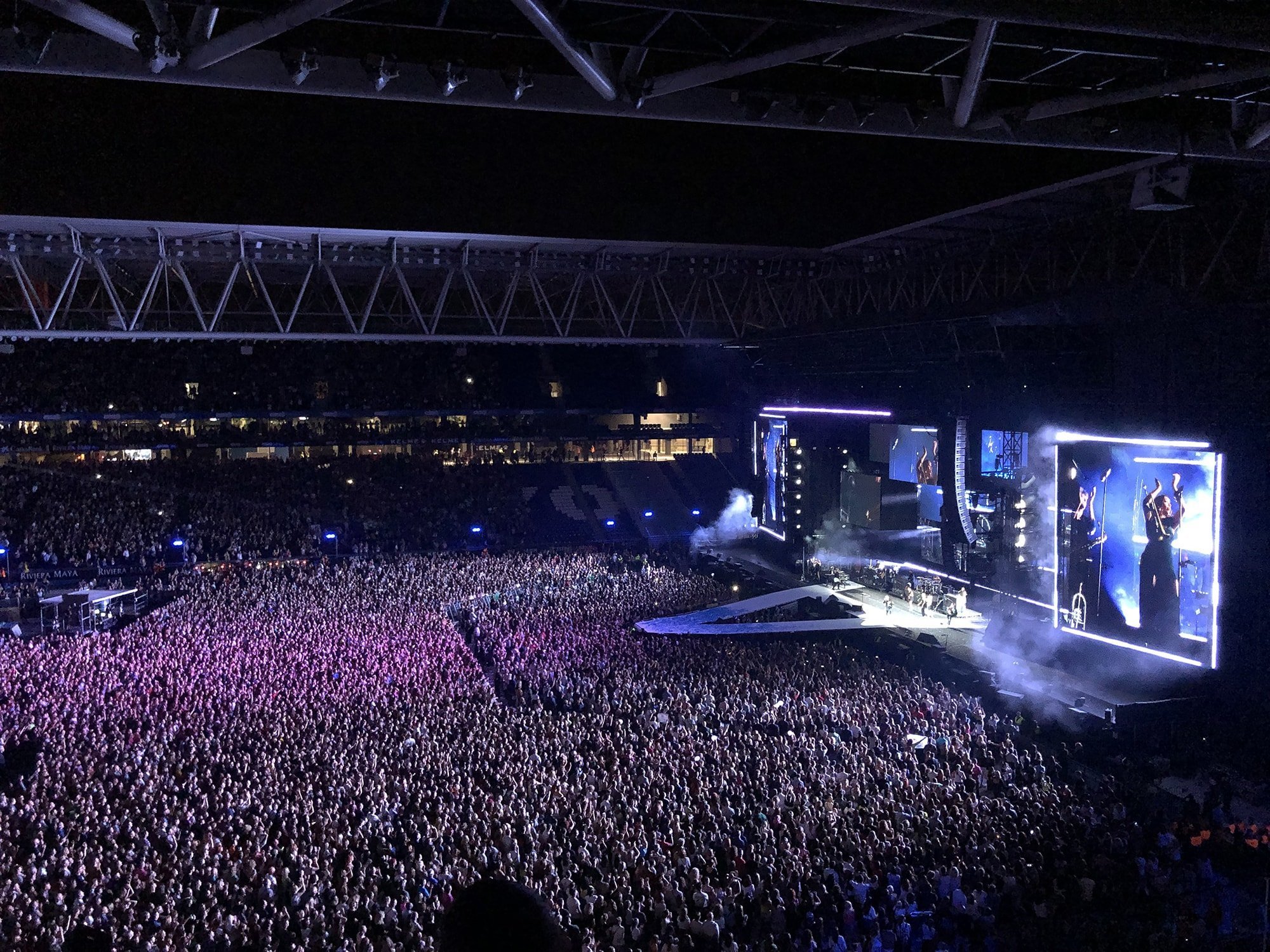 On June 8, a new stage of major musical events in the field of Espanyol FC lived its second milestone receiving, promoted by Doctor Music and Mow Management, one of the very few and expected concerts of Alejandro Sanz in a very carefully planned ‘The Tour’ which has chosen the best venues in our country to present his new album. The appointment, biggest of his career in Barcelona (and neighborhood), positions the entity and its stadium as a benchmark venue with a lot of astonishing shows to come next season.
With all tickets sold out for weeks and a devoted audience singing from the first chords ‘Hoy que no estás’, a theme from the mythical album ‘Más’, the concert started at past 21:30. A sober staging full of urban reminiscences, impressive elegant and three-dimensional audio-visual effects, and 35.000 devoted fans of Alejandro Sanz – some of whom had been waiting in an improvised camping surrounding the blue and white temple for days – crowded the RCDE Stadium in the second ‘huge concert’ in eight days, after the Rammstein bulldozer and before the trap invasion of June 30, the ‘Vívelo Festival’.

The so long-awaited presentation in Barcelona of ‘El disco’, Alejandro’s latest work, combined for more than two hours these new songs – which so wisely mix rumba with funk and cuban sounds – with the great hits of an unstoppable career that exceeds 20 years of success. There was also exceptional guest artists such as Shakira, Judit Neddermann and Arcángel, and emotion flied over Cornellá in many moments of a night that all of us fell short and ended with that classic ‘Corazón partío’.