‘Un día nada más’ is the nowadays El Drogas’ tour which name stands for the live DVD recorded the 2nd of july 2016 at the Ciudadela in Pamplona-Iruña. This release captured a very special night with Enrique Villarroel and plenty of guests performing all tracks from as far back as the ones with Barricada, Txarrena, La venganza de la abuela and his today’s band, as ‘El Drogas’.

Produceme is to promote El Drogas’ shows in Alicante (14 october at Sala The One) and Valencia (24 november at Sala Moon). 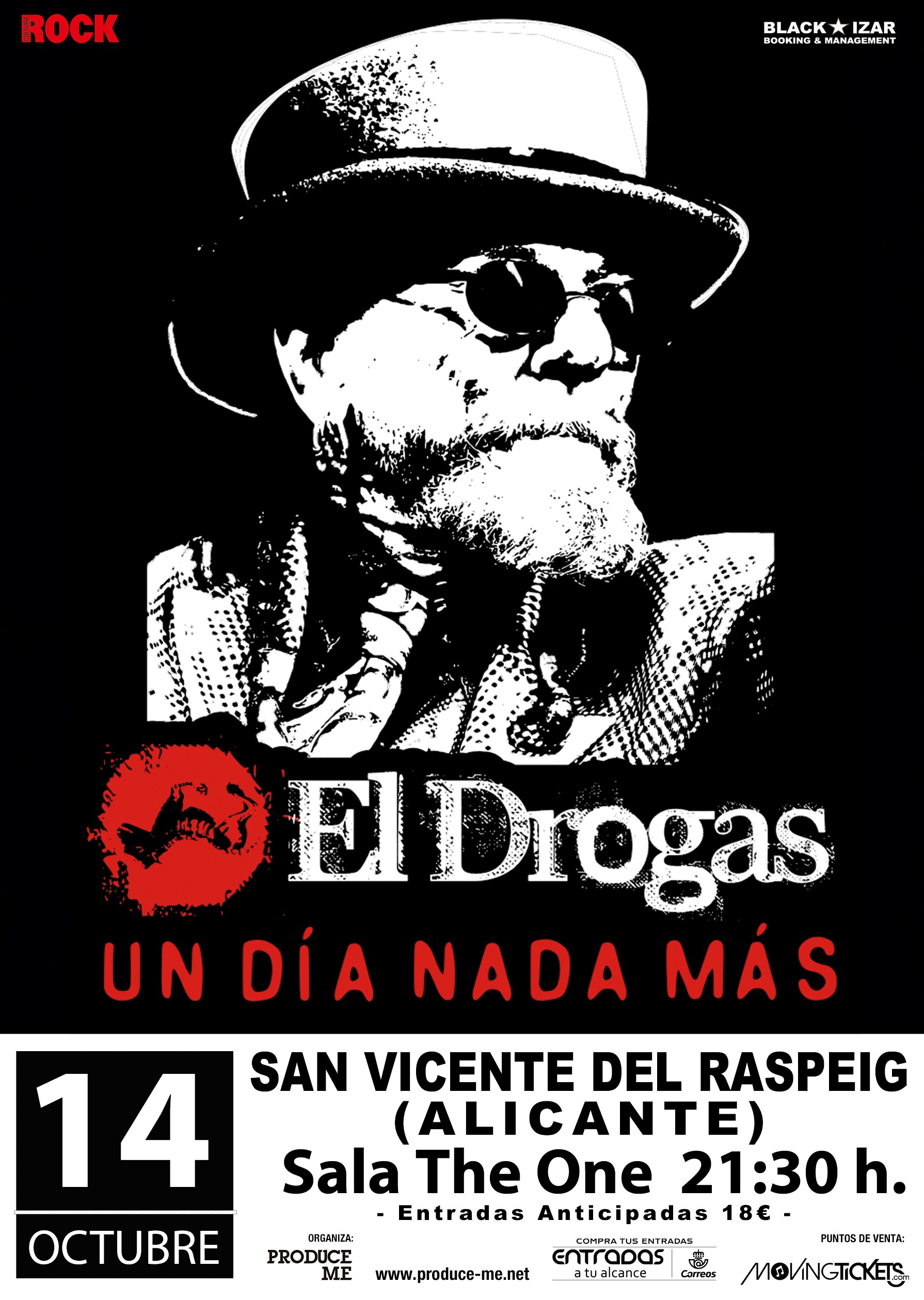 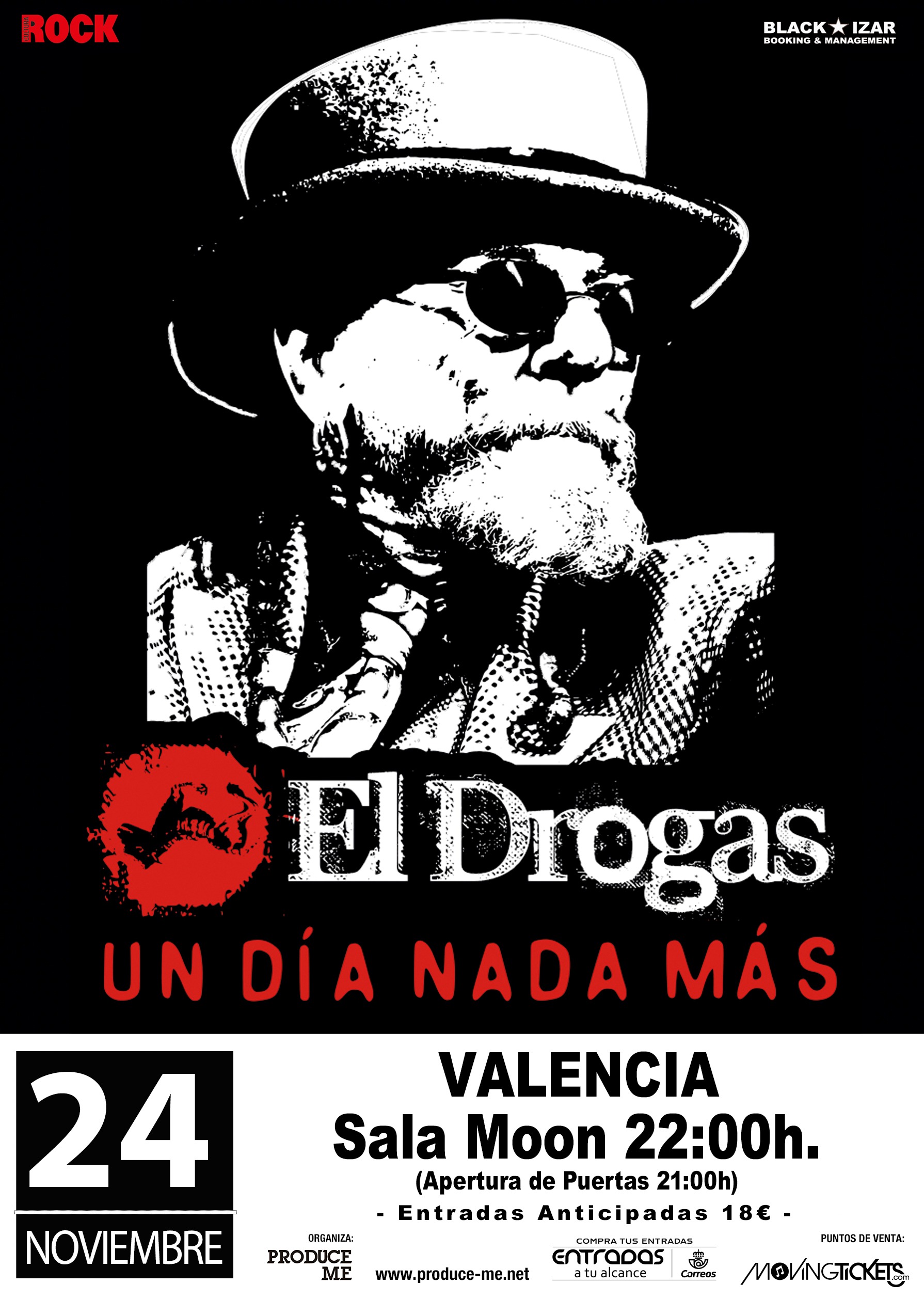